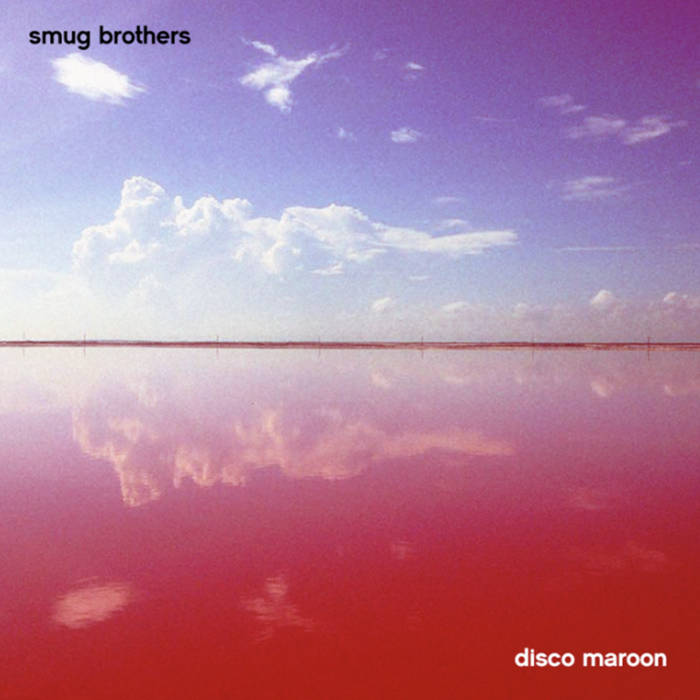 "Disco Maroon is another fine accomplishment for the Smug Brothers. By adding different influences and genres into the songwriting, they have made an interesting and entertaining album that is more diverse than anything they have done before." -Daniel Taylor, The Fire Note [https://thefirenote.com/2017/03/27/smug-brothers-disco-maroon-album-review/]

"Disco Maroon, is a mix of polished and lo-fi indie rock with hooks aplenty." -Joel Oliphant, The Columbus ALIVE [http://www.columbusalive.com/entertainment/20170301/concert-preview-smug-brothers-at-big-room-bar]

"Disco Maroon is the band’s most mature effort to date...It’s a solid album and fits very nicely into the progression of their catalog, becoming the next logical step for Smug Brothers." -Rick Gethin, Music In Motion-Columbus [https://www.musicinmotioncolumbus.com/?p=495]

"it’s good to see bands breathing life back into the early 90’s brand of indie rock where you could let your sound go where it takes you, because you knew at the end of the day your fans had similar record collections to your own." -Johnathon Gallienne, Punknews.org [https://www.punknews.org/review/14999/smug-brothers-disco-maroon]

"The album opens with noisy, broad-stroked punk-rock drenched in feedback, before revealing new experiments with folk and country added to their catchy power-pop and GBV-loving brand of indie-rock." -Justin Kreitzer, Atlas and the Anchor [http://www.atlasandtheanchor.com/2017/03/3-songs-on-repeat_31.html]

All songs by Kyle Melton except "Wish It Was June" by Benjamin Smith. All songs Copyright 2017 Mel-tones Music.

Bandcamp Daily  your guide to the world of Bandcamp

Featured sounds from Fly Lo and Ahmed Idris, plus Mother Nature hops on to drop off new project